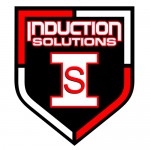 Induction Solutions specializes in the design, installation, flowing and tuning of Nitrous Oxide Systems. What is Nitrous Oxide? It's a chemical compound that allows the engine to burn more fuel by providing more oxygen than air at atmospheric pressure alone, resulting in a more powerful combustion. The gas itself is not flammable, but it delivers more oxygen to a fire by breaking down at elevated temperatures, therefore causing a more intense burn to an existing fire. Induction Solutions is the best source for your nitrous systems as well as nitrous kits and thousands of parts! We have done thousands of nitrous systems over the years on just about any application you can imagine! Our main market are drag cars, from street legal to pro mods, we do them all! We have also done work for pro mod motorcycles, air boats, drag boats, sand drag buggies, mud drag trucks, and many other motorsport vehicles! We are known for our direct port nitrous systems, both wet and dry, as well as plate systems and our very own plenum system, the Punisher! All of our work is custom, every single system is built specifically for your set up. We are always open to make a customer's nitrous dreams a reality! Steve Johnson's interest in cars and nitrous started while working along side of his dad, Gene. Today, 30+ years later, Gene and Steve still work side by side. Steve Johnson, just like many others, got his start street racing. Steve use to race in the streets of Chicago with guys like Chuck Samuel and Spiro Pappas. While being employed at a local speed shop Steve teamed up with a customer that offered him the opportunity and financial support to enter the Hot Rod Magazine Fastest Street Car Shootout in Memphis in 1992. At that race he was the number Two qualifier and set the mile per hour record for the event at 164.59 MPH in the famed Black Trans Am. In late 1992 Steve began his Pro Mod carrier, where he qualified the world’s quickest and fastest single four barrel door slammer at the final two Pro Mod races of the year.
In 1993 Steve completed the entire season with IHRA where he finished 5th in the world. In 1995 Steve again competed the full season with IHRA finishing 7th in the world in Pro Mod. Mid season 1996 the cost of racing got too expensive and Steve decided it was time to stop racing and regroup. While taking some time off from racing, Nitrous Oxide Systems (N.O.S.) approached Steve to go to some races and help their racers out. He worked for N.O.S. for over 7 years traveling the country from coast to coast, going to the races and supporting the racers. 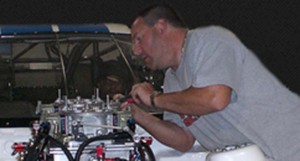 In 2003 Edelbrock approached him with an offer that he just could not refuse. He left NOS and went over to Edelbrock as the Director of Motorsports to help them grow their nitrous line, as well as Motorsport line. Once again he traveled the country from coast to coast supporting the racers and working with engine builders. January of 2006 Steve and wife, Marina, created Induction Solutions to meet the demanding needs of his racers. From 2006-2008 he represented both Edelbrock and Induction Solutions. 2008 he started concentrating 100% on growth and product development for Induction Solutions and today he is working for himself and team at I-S.